I find I really enjoy sitting down with a blank piece of paper and and without any plans, just writing whatever comes to mind. There's something about the pacing forced upon you by the speed of the pen that acts as a momentum term (/regularizer) to thought that you just don't get when you let your mind wander unaided.

So I thought I would try something similar to that, but on a computer, to effectively give me a similar momentum term, but with a different magnitude (since I type faster than I write).

Then I also considered: why not go ahead and also make these thoughts public as well? So I'm typing them up in my fancy new personal blog I setup on the static site generator Zola.

I'm not sure if I'll end up making this public, but I guess I can late bind that decision (to avoid yet another distractor and impediment to writing in the first place).

So what am I up to these days? I'll ignore my day job++ (OctoML) and family stuff, which are interesting in their own right, and focus instead on my free time.

There are bits of physical personal projects sprinkled around (SDR for controlling my chilipad temperature schedule, and a home grown FDTD acoustic simulator designed to aid my attempt to build a sonic canon for annoying birds). But I think it is the mental projects which are more interesting. Namely meditation and my foray back into physics. I'll also skip the meditation one until another time, and focus on the latter.

I bought Lanczos's "Princples of Variational Mechanics" and enjoyed getting ~1/3 of the way through before finally admitting temporary defeat (his quick treatement and introduction of (to my mind) dense concepts makes it a diffcult single study guide to the subject). I bought the book after seeing more and more interesting ML concepts utilizing Hamiltonians, Lagrangians, etc and then after some skimming realizing that all of modern physics basically "abandoned" Newtonian physics and instead branch off of Lagrangian's variational formulations instead. 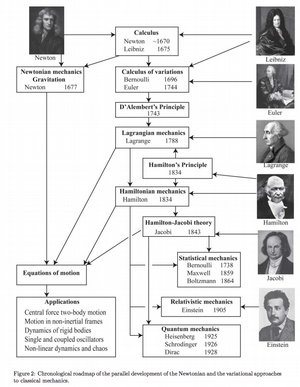 As a long time tool builder and tool collector, such powerful mathematical tools surely deserve a spot in my toolbox as well!

I also found a copy of Penrose's "The Road to Reality" that I had received as a Christmas present some 11 years earlier (thanks Dad!), and am thoroughly enjoying that as well (a much more approachable (though fast paced) and modern comprehensive onramp to modern physics.

Next on my list is to try and access some of the MIT open courseware or other online lectures to get a different style of these subjects.

One open question I still need to answer for myself though is: do I want to add these capabilities to my toolbox in a "passing, high level conceptual only familiarity" or try to get a bit deeper to the "actually able to manipulate path integrals/variational techniques/etc by hand on paper?

I think it's likely that, given the time I have allocated (basically a few hours typically on weekends), that the former is more likely. And what do I really hope to gain (and more importantly: retain) for the former given that it is likely going to be a while, if ever, that I'd start to apply these tools back to ML or ML+Bio?

And speaking of ML+Bio, given that making progress there is my long term personal mission, then is this really the right direction to be pushing in? Instead I could be catching up on the latest advancements in the ML+Bio literature, trying to glean as much as possible of the inner workings of Ginko, In Sitro, and Big Hat Biosciences.

But as I've often found (and been told in various ways) in life, natural curiosity is a pretty productive gradient direction to follow. I don't think it works like that for most or even many people, but the collection of tools tends to be a pretty useful thing in general.